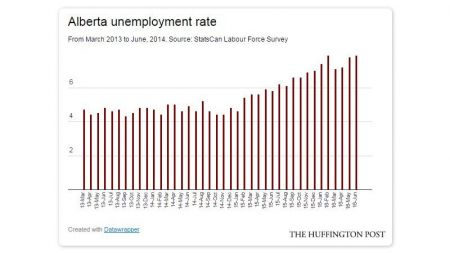 “The recession in Alberta will be its worst in at least three decades and will be among its longest as well, economists at TD Bank said in a new report.

The bank recently downgraded its forecast for the province, following the devastating wildfires in the Fort McMurray area in May. It now expects Alberta’s economy to shrink 3 per cent this year, for a total decline of 6.5 per cent since oil prices began falling nearly two years ago.”